"And Then My Legs Stopped Working....." Support PWR! 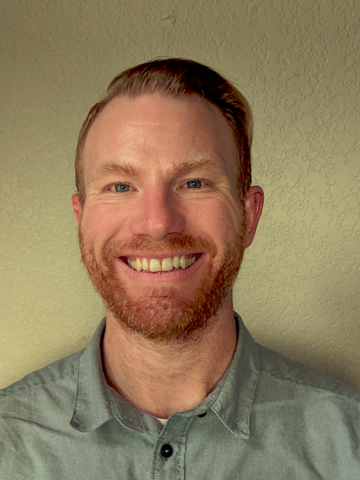 LIVING AND LEARNING WITH PARKINSON DISEASE

Recording and Wrap-Up Posted Below

Learning is something we are all familiar with. As children we learn in school, as adults we learn in our careers, even when retirement comes along we continue to learn. A diagnosis of Parkinson's disease does not mean learning should stop. In fact, it is as good a time as any to learn something new! Creating an environment where you are physically and mentally primed, where learning is conducive, should be taken advantage of. Understand how to create that setting where learning is enhanced, where the functional skills you learn will enhance your quality of life. Set yourself up for success and learn the tools to thrive with Parkinson's.

Bio: Mickey Burke MS (Kinesiology) owns Cerebral Motion, an exercise therapy and neurological rehabilitation company in San Diego, CA. Mickey brings with him clinical and cognitive experience from his time spent with the UC San Diego Movement Disorder Center, specifically acting as a research coordinator specializing in the cognition of individuals with Parkinson’s disease. Currently, Mickey provides clients an enriching, stimulating, and multisensory environment to enhance the brain body connection. Mickey hopes this discussion will bring to light opportunities to improve brain health, educate and empower those affected with Parkinson's, and inspire people to learn something new.

Parts of the Human Brain

How do we know what is going on in the brain?

What’s going on in Parkinson’s disease?

What we can do about it

Advanced Care Planning Speakers: Sarah Ascher, M.S. & Jill Putt, M.S. October 20, 2021 4:30 – 6:00PM (AZ time) Making health care decisions for yourself or a loved one who is no longer capable of doing so can be overwhelming. It’s so important to get a clear idea about preferences and desires while you are…

Quality of Life and Parkinsons

Speaker: Mark Higginson, MS, CCC-SLP July 21, 2021 4:30 – 6:00PM (AZ time) QOL is one of hundreds of medical acronyms, but at the end of the day, it’s the most important one. Quality of Life should be the driving purpose behind every medical intervention; yet many people with Parkinson’s find that appointments and prescribed…